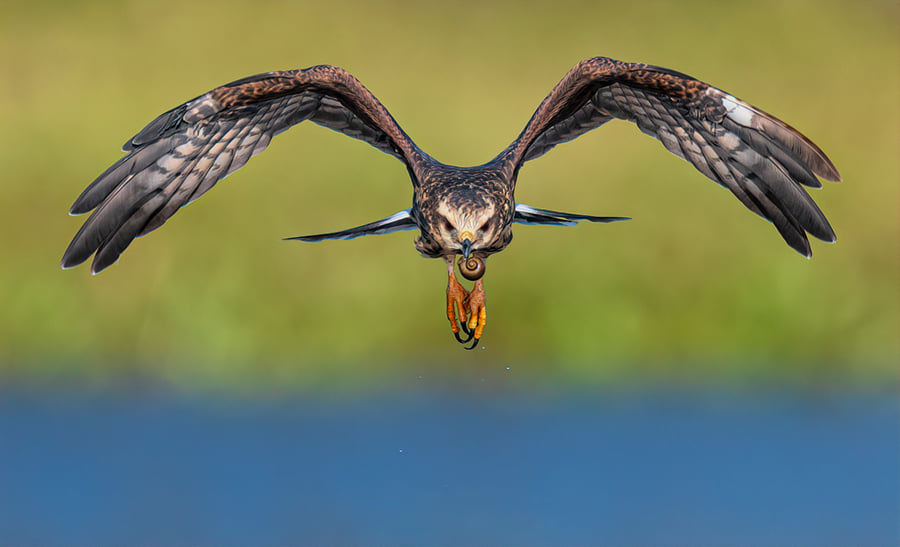 12 of the best reasons to travel in Florida in April

The fourth month of the year is rich in things to see and do throughout the Sunshine State. Here we take a look at the 12 best reasons to travel in Florida in April, from soda and seltzer to blueberries and birds, and plenty more.

The Sebring Soda Festival returns to historic downtown Sebring in Central Florida April 1-3, and it’s sure to be three days of fizzy fun. Moe than 200 craft sodas will be available to taste, not to mention food trucks, a beer garden and live music at this family-friendly event. National brands you know and love, along with local and more obscure flavors will be poured – which will be your favorite?

The second largest event of its kind in the world takes flight when the U.S. Air Force Thunderbirds fly over Central Florida during the Sun ’n Fun Aerospace Expo April 5-10. Join more than 200,000 pilots and aviation enthusiasts to watch the skies and be amazed by the aerial acrobatics. Back on the ground, hundreds of aircrafts will be on display alongside more than 500 exhibitors, hands-on workshops and much more. You can even take a ride in one of only two flying B-29 Superfortresses in the world at this year’s Sun ’n Fun!

April 8-10 are the dates of this year’s Word of South: A Festival of Literature & Music at the capital city’s Cascades Park. The three-day festival features writers and musicians who intersect and how they work within the two disciplines. The festival’s “mu-aushups,” when authors and musicians appear together, are fun and a highlight of the weekend. As far as music, plan on hearing everyone from gospel and hiphop to pop and bluegrasss and everything in between.

The Florida Film Festival kicks off its 28th year at the Enzian in Maitland April 8 and runs through the 17th. More than 160 films from 37 countries, including 24 world premiers, will be shown, and film lovers can attend myriad events over the course of the festival, including An Evening with William Shatner on the 15th.

If you’re a fan of hard seltzer, the place you want to be this month is Miami for Seltzerland. Walk along the greens at Costa Sol Golf Club on April 9 and you’ll be able to sample more than 100 seltzers from national brands and local makers… you don’t even need to play golf!

Let’s go sailing! Kids and kids at heart will have a blast as they race their handmade cardboard boats at the Cardboard Boat Regatta on April 16 in Cape Coral. Make a day of it with live music, and food and drinks.

Have you tried to photograph a bird in flight, but end up with a blurry capture? The 2022 Florida’s Birding & Photo Fest held April 20-24 at St. Augustine Beach may be for you! More than 110 events will be offered over the festival’s five days, including field workshops, classroom sessions, night action workshops and more.

At the end of the month the Mount Dora Blueberry Festival returns for its 5th annual event in Central Florida. Make plans to attend the festival April 23 or 24 — or both days! — and sample the little tart berries during a pancake breakfast, or blueberry beer and wine, and dig into blueberry pie. Blueberry farm picking tours will also be available.

A second blueberry festival to check out this month is the Bostwick Blueberry Festival on April 30 in, well, Bostwick. The 24th annual festival celebrates all things blueberry with a pancake breakfast, ice cream and pies, a baking contest, live entertainment and much more

The 22nd Annual Sweet Corn Festival returns to West Palm Beach on April 24, and it’s sure to be wond-EAR-ful. The family-friendly event features — what else! — sweet corn, not only to munch on, but in corn eating, shucking and cooking contests. Ride all the rides all day for just $5, and enjoy free parking, free games, free contests, free music and more.

The Kimpton EPIC Hotel Miami’s new 16th floor gallery space hosts “Mira Lehr: Continuum” through April 20. The exhibit is in celebration of the 60th anniversary of Lehr’s founding of “Continuum” in Miami, one of the U.S.’ first-ever women artist collectives. All of the works on exhibit were created by Lehr in 2022 and 2021, and have never been exhibited up until now.

Fashionistas, design aficionados and fans of the ‘70s will want to be sure to check out the FENDI Cafe that’s returned to Miami’s Design District through May 1. The cafe’s design draws inspiration the ‘70s aesthetic of the FENDI Women’s Spring/Summer 2022 Collection, complete with sunsets and rainbows.

Where will your Florida travels take you in April?

Next up: 12 fantastic Florida beaches to visit in 2022