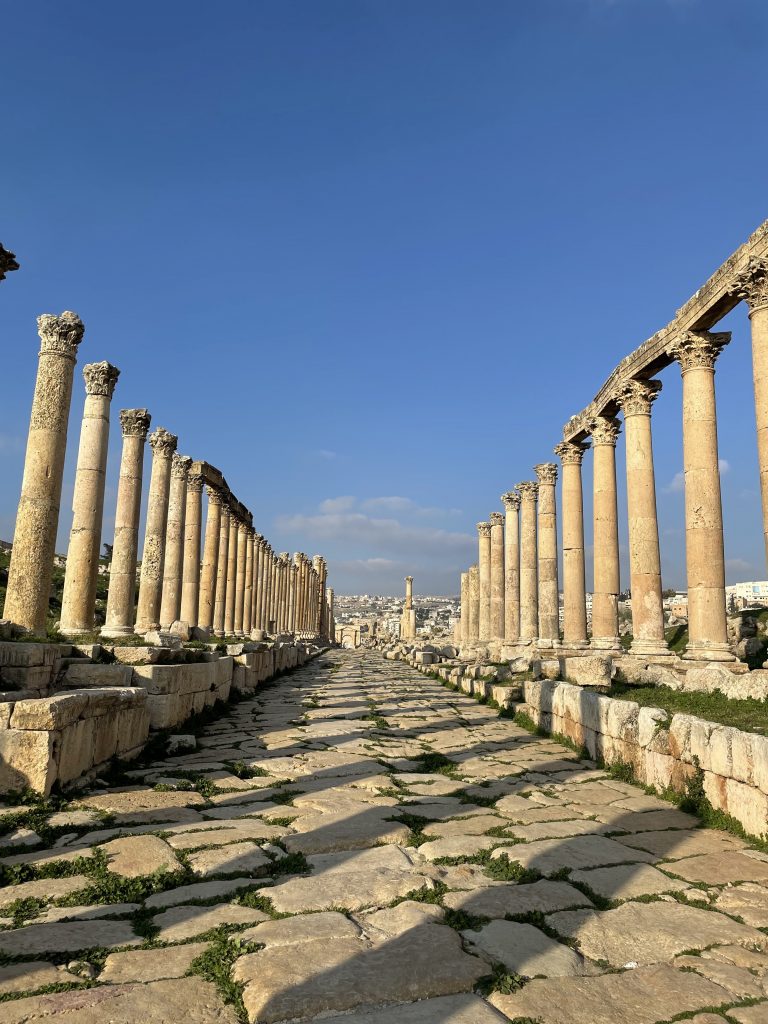 The best time to visit Jordan and what to expect

When I was invited to join Globus’ Jordan Escape, one of its Escapes by Globus group trips, I didn’t know the best time to visit Jordan and really had know idea of what to expect. Don’t get me wrong, I’d heard of Jordan and its historic sites in passing, and have followed along with friends and colleagues on social media as they’ve traveled through the Middle Eastern country. I even researched and learned about Wadi Rum for a story about “Star Wars” filming locations around the world. But truly had no idea when was the best time to visit Jordan and what to expect when I traveled there earlier this year.

“Is it safe?,” “Are you traveling alone?!” and “You are so adventurous!” were the common questions and refrains I heard when I shared with family and friends that I’d be traveling to Jordan — alone — to meet up with my travel companions. As a longtime traveler and travel journalist, I never once hesitated to board the plane for the 16-ish-hour journey from my home in Tampa, via Chicago, to Amman.

Bleary-eyed, though I did catch a few hours of sleep on the flight, my Royal Jordanian plane (a oneworld Alliance member = miles accrued with American Airlines) landed in Amman at about 2:30 in the afternoon local time the day after I left Tampa. Before I reached customs, I saw a gentleman named Ahmed holding a sign with my name and knew I was in good hands.

I did hit a snag collecting my luggage — tip: do not pack your GoPro in your checked luggage when flying to Jordan or expect a delay as your bags are thoroughly inspected, and rightly so — but Ahmed handled the delay with ease and in no time I was whisked away to the Kempinski Hotel Amman.

Like most trips from an airport to a city hotel, we traveled along the highway, past wide open spaces, suburbs and shopping centers. The driver pointed out where Amman’s wealthy live, and new development going up, just as it seems to be doing everywhere. Truth be told, it was similar to traveling into any city, with one big exception (to me, anyway):  rather than cows in the fields, there were camels!

The seven-hour time difference between Amman and Tampa was to my benefit. After settling into my hotel and checking in with my family to let them know of my safe and uneventful arrival in Jordan, I grabbed an early dinner in the hotel restaurant and turned in for the night.

After a restful and refreshing night’s sleep, I was ready to get out and into Jordan to experience and learn as much as I could. As it happens, I did indeed find the best time to visit Jordan.

I’ll share more on experiences and highlights of my Jordan Escape in the next post, but first, a handful or so of unexpected (to me) things I learned about Jordan during my weeklong tour.

One of the things I appreciate about traveling in foreign countries is oftentimes governments require tour guides to go through a college or university program to be certified to do so. I first came across this in Japan with our guide Fumiko, and found the same in Jordan. When we met our Globus guide Osama, a Jordanian, he explained to us that he’d gone through Jordan’s Ministry of Tourism and Antiquities’ program and received his certification.

I did a bit of research when I got home and found that licensed tour guides in Jordan must receive a “pass” certificates in the foreign language test applicant is proficient in (in Osama’s case, English) and the course organized by the Ministry. As a journalist and writer, I felt assured that all of the information Osama shared during the trip wasn’t only interesting, it was factual.

The best time to visit Jordan: Sundays are like Mondays

My first full day in Amman was a Sunday, and I expected a city tour would take us through quiet streets and shops. Was I ever wrong!

Instead, Amman was buzzing with people hurrying to work, appointments, markets and schools. As our group looked around a bit perplexed Osama explained: Sundays in Jordan are like our Mondays here in the U.S., and is the start of the work week.

Amman: a city for the ages

While touring around Amman, Osama shared that people have been living in the city for 8,000 years, and that the modern name is derived from Ammon. Amman Citadel is found within the city center, and was the city’s longest-inhabited site; Romans and Greeks date back to 332 B.C.

During my visit to the citadel I walked through the Jordan Archaeological Museum that sits on the grounds. Though I was a bit surprised by the simplicity of the exhibits, I had a hard time wrapping my mind about what I was seeing: artifacts from the Bronze Age and the Stone Age, among others.

And then there were the Ain Ghazal Statues which date back 8,000 years and were believed to be the first artistic depiction of humans. Mind blown! (While I was in Jordan there was reporting of even older statues found in the Jordanian desert that are believed to be 9,000 years old!)

Another fun fact that Osama shared about Amman: the city was named Philadelphia in third century B.C.

On our visit to Jerash, a Bedouin city preserved and still standing since the Greco-Roman days, started with gazing at Hadrian’s Arch reaching high into the sky, still standing as it has since it was built in 129 A.D. to serve as the southern gate into the city.

Walking into the historic city we passed spaces that were once shops on our way to the expansive Oval Plaza and Cardo Maximus beyond, where the ruts in the road made by traveling chariots can still be seen and touched and walked upon. The impressive columns that line the well-traveled road stand just as they have millennia ago, and maybe even more impressive is that an underground sewage system ran along the entire length of the half-mile-long road into the heart of the city.

While we were in the plaza, Osama shared that Roman cities like Jerash were built as far apart as camels could travel in a day.

In addition to discovering the best time to visit Jordan, these are just a few of the things I learned on my weeklong Jordan Escape with Globus.

Have you been to Jordan? If so, what did you learn that was totally unexpected? And when do you think is the best time to visit Jordan?

Susan traveled to Jordan as a guest of Globus. All views and experiences expressed are her own.