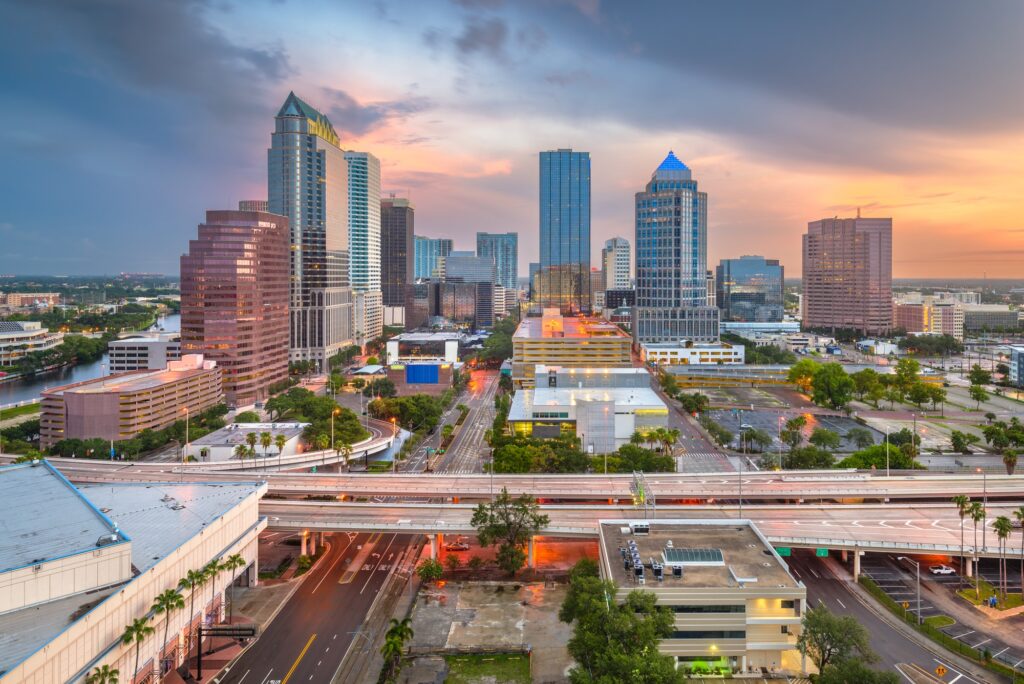 Most people travel to Florida for the state’s beaches and sunshine-filled days, and who can blame them? But let’s not forget about the cities that are found throughout the Sunshine State, each of which has its own reasons to plan a visit.

Let’s start in the state capital, Tallahassee. Though it is smaller than its city counterparts throughout the state, not only is Tallahassee the capital city, but home of Florida State University, too. Aside from its government and university buildings, plenty of outdoor activities are within close proximity to the city, including hiking, paddling, mountain biking and even horseback riding.

Travel east on I-10 from Tallahassee and you will run right into Jacksonville, Florida’s largest city at more than two-times that of second in line, Miami. Within the city you will find historic neighborhoods, a vibrant street art scene and plenty of dining and nightlife options to keep you going well into the night. Outside of its urban core, Jacksonville features 22 miles of beaches and an extensive park system that everyone will enjoy.

About 350 miles south of Jacksonville is Miami, known for its iconic South Beach, Little Havana neighborhoods and Wynwood Walls, among other attractions. Miami is a city where everyone is welcome, from those who want to be seen in the scene, to families who play on the sand, to art enthusiasts who tour the city’s myriad museums, to sports fans who are in town to see their favorite teams play. During a visit to Miami, it is easy to go beyond the expected.

On Florida’s west coast sits Tampa, the third largest city in the Sunshine State. Tampa’s downtown district is evolving, complementing its already established areas such as historic Ybor City, which is a fun trolley ride from downtown. The miles-long Riverwalk runs along the Hillsborough River, which winds through downtown, and is terrific for walking, bicycling, or running – with sightseeing and dining along the way.

Across Tampa Bay, St. Petersburg is another of Florida’s cities that takes advantage of its location right on the bay. A completely walkable city, browse myriad shops and art galleries and museums, and find plenty of restaurants and bars to pop into, too.

Known for its theme parks, Orlando is much more than thrill rides and cooling splashes. Take some time to explore the neighborhoods, such as Winter Park, College Park and Thornton Park. Of you are hungry, go over to Mills 50, just outside of downtown, for the best Vietnamese food in the city.