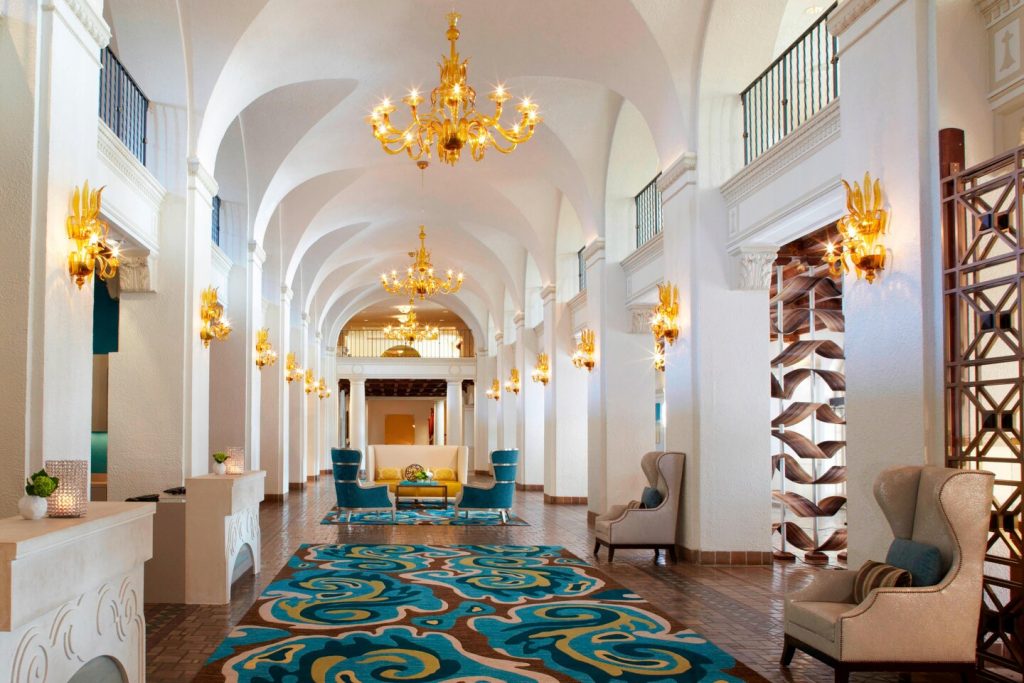 5 of the best historic hotels in Florida

It’s no surprise we have quite a number of historic hotels in Florida. Travelers have made their ways south for our bright sunshine, expansive beaches and warm weather since the late-1800s. With travelers comes the need for accommodations, and plenty of hotels sprang up all across the Sunshine State. Fortunately for us, a lot of those hotels remain.

Here, we look at five of the best historic hotels in Florida — in St. Augustine, Boca Grande, St. Petersburg and St. Pete Beach — that embrace their pasts while offering modern amenities that we all enjoy.

Originally built in 1791, Anna Dummett converted her family home in the Old City into a lodging establishment in 1845. Since then, the inn has operated under many names, and has been known as the St. Francis Inn since 1948. Make reservations to stay in the original inn, or opt instead for the nearby 1894 House with two apartment-style suites of rooms (it is managed by the inn). Either way, you’ll be steps away from all the history, dining and fun in store.

One of the country’s oldest hotels is in the country’s oldest city. Not only is the 1888-built, Spanish-style Casa Monica Resort & Spa a beautiful building, but it is filled with gorgeous furnishings, including a hand-carved rosewood oval side table inlaid with Sienna marble, and brass chandeliers custom-made and imported from Syria. Again, you’ll be in the heart of the action, making it easy to park the car and venture by foot.

With stunning views of the Gulf of Mexico and nearby Charlotte Harbor, The Gasparilla Inn & Club, built in 1914, is the largest surviving wooden hotel in all of Florida. Notable guests through history include Henry Ford, Harvey Firestone, Thomas Edison, Katharine Hepburn and many more. Add your name to the prestigious guest list when you stay in one of the inn’s rooms, cottages, or larger three- and four-bedroom Sharp Houses. Wander the island by bicycle or golf cart and step back to a quieter time.

Opened on New Year’s Eve in 1925, The Vinoy Renaissance Resort & Golf Club in downtown St. Petersburg has hosted the likes of Babe Ruth, who attended the opening night costume party. Marilyn Monroe was spotted sipping tea in the Tea Garden, and President Calvin Coolidge preferred dining in the employee mess hall. The grandeur of its opening night remains, and today’s guests will find lavish and comfortable guest rooms, delicious dining options, and the buzz of the city at its doorstep.

Known as the “Pink Palace,” the The Don CeSar sits right on the Gulf of Mexico in St. Pete Beach. At its opening in 1928, the hotel was a playground for high society such as F. Scott Fitzgerald, and served as a U.S. Army hospital during World War II. Walking into a palace is just how you feel when you arrive for your stay. For longer stays, choose The Don’s Beach House Suites just down the road – more space with all the amenities of the legendary resort.