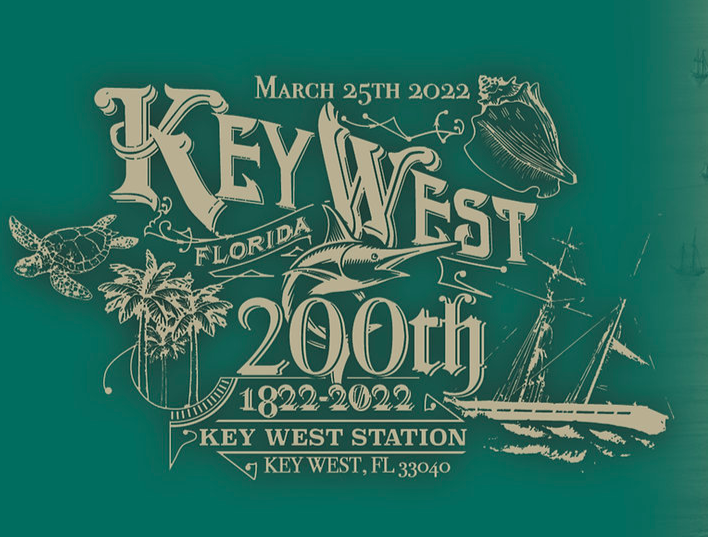 It’s time to celebrate! This week marks 200 years since U.S. Navy Lt. Matthew Perry (not to be confused with Friends’ Matthew Perry) planted the American flag on Key West’s island soil on March 25, 1822. In the decades — indeed centuries since — Key West has been a destination for travelers. Let’s take a look at the different ways Key West celebrates 200 years of surprising Florida history.

Before we get to the festive celebrations, let’s take a look at Key West’s history. Long before Perry planted the flag, and long before the Spanish colonized the island, Native American peoples like the Calusa and Tequesta made their homes on the island, and Ponce de Leon even stopped by in 1521 during his quest to find the Fountain of Youth.

In 1912, railroad magnate Henry Flagler and his team of workers built the Overseas Railway, connecting Key West to mainland Florida some 128 miles north. With the railroad came more visitors and travelers, and the island vibe drew people from all walks of life to make their homes here, including Ernest Hemingway, Tennessee Williams, U.S. President Harry S. Truman, Jimmy Buffet, Judy Blume and countless others.

Today, Key West continues to welcome visitors and travelers from all walks of life. And everyone is especially welcome to turn out as Key West celebrates 200 years.

The Conch Republic, as Key West is affectionately known by locals and those who love the island, has a slew of fun events planned — just take a look!

In addition to The Key West Heritage Festival, there’s another celebration happening this April — the 40th Anniversary of the Founding of the Conch Republic. Another 10 days of “FUN-Dependence” are scheduled from April 15-24, 2022 with more than 40 unique, colorful and “somewhat historical” events.

Next: 5 fun ways to do the Everglades with kids