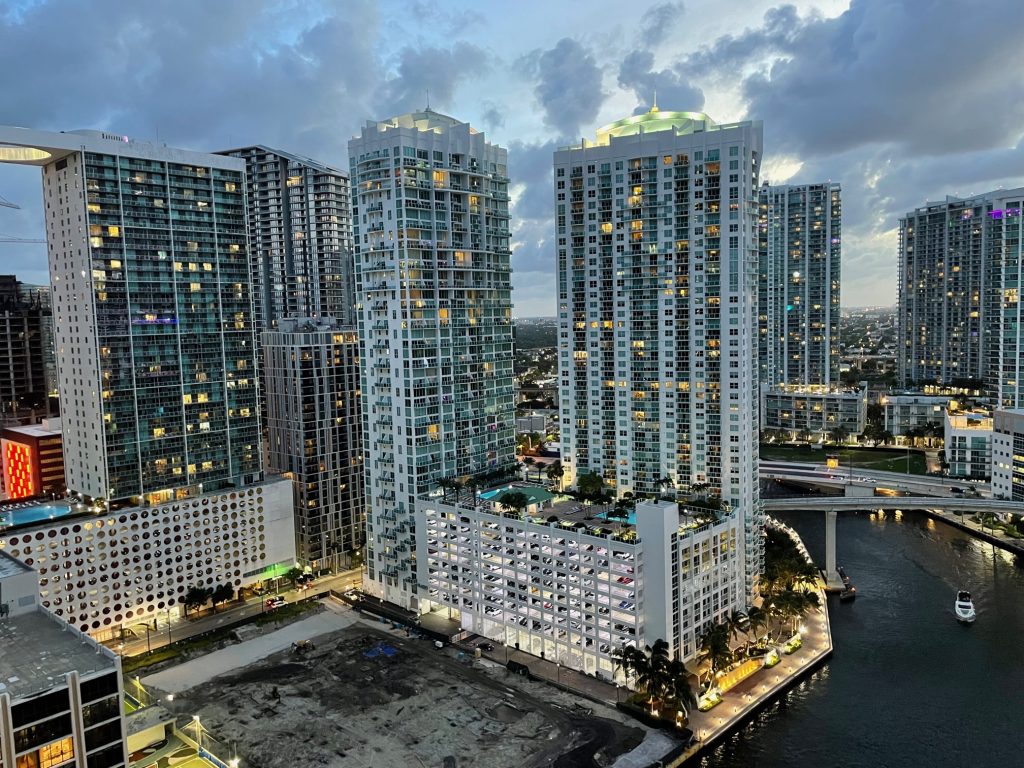 4 Unique things to do in Miami

When we found out my Cuban mother in law was coming to Florida for the first time, we wanted to find some unique things to do in Miami for a day to celebrate her arrival.

Side note: getting someone out of Cuba is not easy, but due to an extreme stroke of bad luck followed by a silver lining, my husband and I were able to petition to bring my mother in law from Cuba to Florida thanks to help from our local congresswoman’s office here in Tampa (gracias, Kathy Castor) and the quick-turnaround approval of a humanitarian visa.

Susi landed in Miami from Havana on a sultry August morning.

Sleepless from an all-night taxi ride to Havana from Oriente followed by another night at the whims of our none-too-welcoming Customs and Border Patrol and bleary-eyed on arrival for her first day in the United States, we left her to sleep for as long as she could.

And as soon as she woke up, we set off to hit the town.

After all, at the age of 65, it was only my mother-in-law’s second time out of Cuba—and her very first visit to the U.S.A. And we only had one day in the country’s capital of all things Cuban to capitalize.

These are the four unique places in Miami we took my mother-in-law on her very first day in Florida and the U.S.

Before we knew that her charter flight would be delayed seven hours—not to mention that my mother-in-law would be treated to six more hours of waiting on arrival as Miami immigration deliberated about giving her an official bienvenidos—we were looking for a place to hang out near Miami International Airport to watch her plane land.

I did a quick Google search for outdoor dining with runway views and 94th Aero Squadron popped up.

The restaurant is named after the first American fighter squadrons to see combat during World War I. I’d never heard of the place, so I was surprised when we showed up around 8PM (it was a Thursday night) to this large and kind of fancy restaurant squatted right by one of the airport’s major runways.

As a bonus, it was packed with people dancing salsa to a live band playing Vivir Mi Vida by Marc Anthony. If you’d told me I was in Cuba or Puerto Rico, I would have believed it.

We grabbed a table on the restaurant’s outdoor terrace overlooking the runway, ordered a few burgers and proceeded to have a a blast watching jets from Air France, Turkish Airlines and Emirates heave off into the night.

Bookmark this spot for unique things to do in Miami next time you want to sit a mojito at Miami International Airport someplace other than the terminal while waiting for a friend’s plane to land.

The restaurant even provides headphones you can use to listen in on air traffic ground control as you watch the huge cargo planes rolling by.  We did that for a few good hours—until it became clear Abuela’s plane wasn’t landing from Cuba anytime soon. So we bailed to wait in comfort back at the hotel for more news.

I am always on the lookout for unique things to do in Miami for a day, since I usually get there several times a year, but often only in spurts. When my husband first arrived in the U.S. from Cuba almost five years ago, the first place we went to dinner was Zuma, my favorite Japanese restaurant in Miami.

He’d landed from Cuba with only the clothes on his back, which weren’t fancy, so they asked us to sit outside that evening since there’s a dress code inside (the views along the Miami River are better out there anyway–plus we had a seven-week-old baby in tow, so being in a slightly less sceney setting outside was perfect).

Anyway, it seemed fitting we’d be welcoming Susi to Miami at the Kimpton EPIC Hotel (Zuma is just off the lobby).

By the time she landed in Miami, made it through immigration and finally arrived at the hotel with Javier, it was close to 6AM. When she awoke after a few hours of much-needed sleep, it was to one of the best views from any downtown hotel anywhere.

I’d wanted Susi to be welcomed and wowed, open her eyes and see exactly where she had landed—that she finally made it to Miami. And the EPIC has my favorite views of any hotel in the city that’s not on the ocean—you can see the Atlantic Ocean off in the distance from the huge balconies, as well as the Miami River below you, Brickell Key and Key Biscayne.

But truth be told, I can’t say how Susi was feeling as she can took in the scope and sight of the wonderland that’s Miami.

She scoped the views from the balcony, joined us with the kids for a swim at the 16th floor swimming pools, took a long nap in what was surely the most comfortable bed and luxurious linens she’d ever slept in.

I could tell she was taking every new experience in. But an arrival like hers surely takes some time to process, I am guessing. I’ll have to listen to her telling her friends how it was someday in Spanish, to get the whole story.

We had a wonderful celebratory dinner that evening at the Kimpton EPIC’s 16th floor resturant, Area 31, where our waiter was a young Cuban who had made it to Miami after leaving the island for France several years prior and detouring through Montreal before heading south. Every Cuban has a story, and he told us his.

Miami was the only place he’d felt at home since he left Cuba, he said. “I couldn’t handle the cold,” he told the Cubans at our table, who nodded in solidarity.

The highlight of the meal was a sea bass deboned tableside that was easily the best preparation of whole fish I’ve had anywhere in Florida. I’d go back again just for that. But it was the company that really made the night.

Susi’s first time to this Miami institution was also my family’s first time there. My husband and I have made it down to Miami a bunch (he’s in the category of Cubans who love to visit but prefer to live elsewhere), but somehow never to El Palacio de los Jugos. I’d always heard about the place and naively thought it just sold juices, as the name implies.

But with more than ten locations in Miami-Dade County, El Palacio de los Jugos is so much more, I soon discovered.

We hit the original location on the corner of Flagler Avenue. Picture a food court crammed with glass cases selling all manner of Cuban and Latin food possible, and you have an idea.

From grilled salmon and ropa vieja to the classic Cuban rice dish called congris, yucca with mojo, chicharrones and on and and on—including many dishes I couldn’t name but my husband and his mom of course could.

Susi got pretty nostalgic looking at some of the foods, including things she hadn’t seen in Cuba for a very long time. She ended up ordering tamales filled with pork and maiz and a mamey milkshake (it’s a tropical fruit that looks like a fuzzy coconut).

And she told me that if she’d been traumatized the night before by Customs and Border Control at MIA (let’s just say they weren’t the most welcoming, despite the fact that she had all her papers in order), then seeing all this food was a form of trauma all its own, knowing how little there is for her people on the island right now.

If you’ve never been to El Palacio de Los Jugos, I definitely recommend it. It’s a true Miami Cuban food experience, and you might even meet new arrivals like my mother-in-law, who have just landed and are soaking it all in.

We wanted to show Susi around South Beach so she could see the famous art deco buildings along Ocean Drive (when my husband first saw them he said they reminded him so much of Havana—or, rather, how Havana could be, if it hadn’t been largely left to fall into disrepair all these decades).

But there was so much traffic that day that the oceanfront road was closed. And we couldn’t find any nearby parking that didn’t cost what we’d just spent on lunch. So we decided to head to Miami Beach’s southernmost point instead, South Pointe Park, for one of the best free things to do in Miami.

Well, not totally free. I did pay the meter just a couple dollars for a couple hours of parking (bargain basement prices for South Beach) and we strolled along a waterfront break wall with a wide sidewalk lined with palm trees all along the river to where it empties into the Atlantic Ocean (where there’s a great beach, too).

We all walked to the edge of the water, put our toes in, and watched a woman with a big Cuban flag scrawled with the phrase Patria y Vida (the battelcry from a song that’s defined the recent uprising) for photos.

Then we hit the nearby playground, which has a great little splash pad and an ice cream place nearby. I don’t know how I’ve never made it to this great urban park on prior visits to South Beach, but between the ample and affordable parking and gorgeous green space and beach, it’s at the top of my list next time for where-to-avoid-the-Ocean-Drive-crowds.

For free things to do in Miami it’s really hard to be beat this park.

Versailles for cortaditos, pasteles de guayaba and Cuban character all around

Miami’s most famous Cuban restaurant is as much a tourist draw as it is the outpost of authentic Cuban culture in the city that brims with it.

Right along Calle Ocho, at the heart of the city’s Little Havana neighborhood, Versailles is ground zero for any uprising or gathering take takes place in Miami related to the Cuban community.

And at all times then and otherwise, Versailles is also the spot sip a cortadito (espresso with steamed milk) from the takeout window with lots of local color, get in line for a guava and cheese pastry or flan at the bakery or sit to a long and languorous meal of paella in the main dining room with a crowd.

Susi’s eyes were wide here, too, with all the options and at the sight of so many bygone Cuban specialties that can no longer be found on the island. And I saw them get watery more than once as she’d point at something and say “Mira!” and how much her other son, back in Cuba, or some friend there, would love to try it.

We grabbed a little table outside and enjoyed the pastelitos de guayaba and empanadas with some freshly squeezed orange juice and she struck up a conversation with a young Cuban couple who said they’d arrived in Miami from Havana seven months earlier.

I eavesdropped as Susi shared her arrival story with them, still fresh as the day—every Cuban you meet in the U.S. (every immigrant, for that matter) has a story of how they ended up here, and of course each is as individual as the individual.

And as much as she’d told us like she felt like a complete fish out of water in this weird new world, seeing her tell her arrival story with others who could relate to it felt like her first baby steps into settling in.