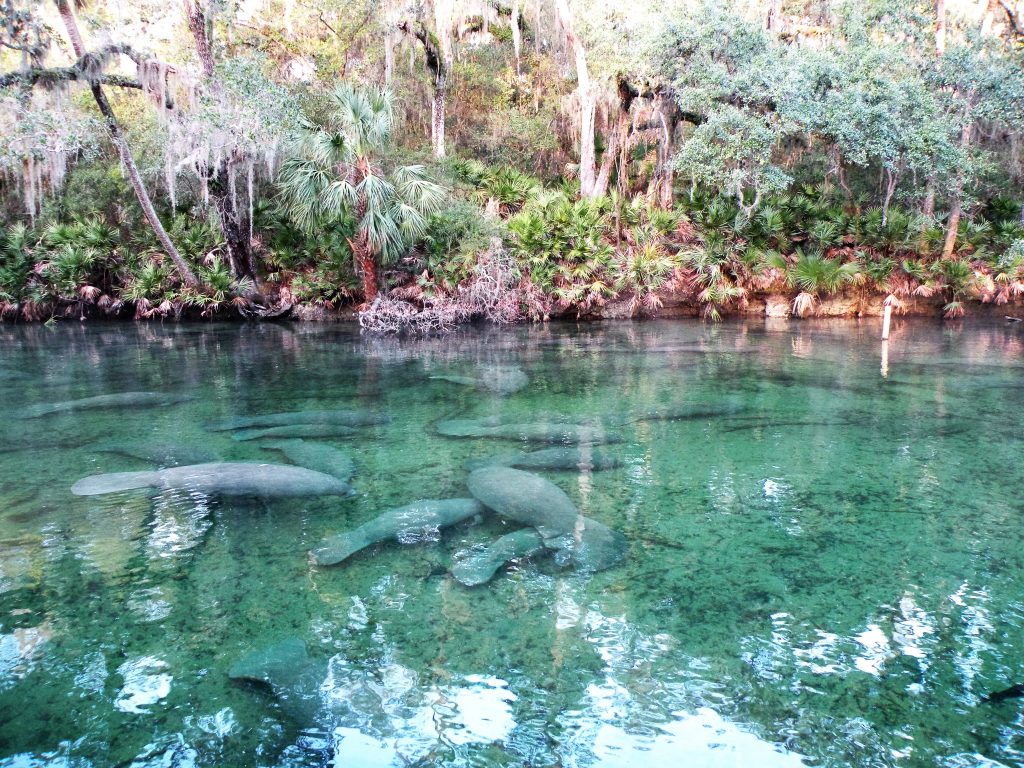 Winter in Florida: 7 of the best things to do

It’s winter in Florida, which means cooler temperatures, fresh, crisp air and lots of fun outdoor events to enjoy. From state fairs to Mardi Gras to manatees and more, here’s a look at seven of the best things to do during winter in Florida.

The cooler air and water temperatures mean that manatees will be making their way into natural springs all around Florida, and one of the most popular spots is Blue Spring State Park (northeast of Orlando) with its 72-degree water year-round. The boardwalk that skirts the springs provides a terrific vantage point for spotting manatees in their natural habitat.

Miami’s South Beach welcomes the 46th Annual Art Deco Weekend January 13-15, and there’s plenty of retro fun to be had. More than 100,000 locals and visitors are expected to enjoy myriad free events and activities held throughout the weekend, including guided architectural tours, a classic car show, lectures, films, a dog walk, live music and much more.

The Coral Gables Festival of the Arts, to be held January 28 and 29 in South Florida, is seven events rolled into one: fine art; crafts; the Miami Beer, Wine, & Spirits Festival; Comedians and Cocktail Festival; Live Music Festival sponsored by School of Rock, Kid Fest; Miami Fashion Fest; and Bo’s Dog & Pet Fest. Admission is free and activities begin at 10 a.m. both days.

Watch out for pirates when Tampa’s favorite festival returns to Bayshore Boulevard this year on January 28. The Gasparilla Pirate Fest features floats, bands and more pirates than you can imagine. It’s the city’s version of Mardi Gras, complete with bead tossing and day drinking. A friendlier kids’ version is held the weekend before with the alcohol-free Children’s Gasparilla on January 21.

The Florida State Fair returns to Tampa February 9-20 and with it its fair food — we can’t wait to try the fried Key Lime pie, new this year! — fun-filled rides and plenty of exhibits to keep you busy. There’s Power of Steam, one of the largest collections of 19th and 20th-century working steam engines; Cracker Country, a recreation of a 19th century Florida homestead; and Creative Living exhibits featuring glass blowing, quilting, baking and more. We can’t wait to ride the Electric Slide… there truly is something for everyone at the fair!

Hawks Cay Resort in the Florida Keys kicks off its three weekend-long concert series Keys to Country on February 17 with music filling the air all weekend long. If you’re wondering, “just where is Duck Key?,” we’re here to tell you! It’s in the middle Florida Keys, roughly halfway between Key Largo and Key West at mile marker 61.

This city on the Panhandle is Mardi Gras central… in fact, it’s where some of the first Mardi Gras celebrations took place in the U.S., thanks to its French roots. On February 18, the Pensacola Mardi Gras Grand Parade sets out at 2 p.m. in historic downtown Pensacola and will go for about four hours. The night before, the Krewe of Lafitte Illuminated Parade takes to the streets at 7:30 p.m. for some nighttime fun.

Where will your travels take you during winter in Florida?

Next: Sweet spots to stay in South Walton and Scenic 30A